MMGM and #IMWAYR (7/6/2020): When Stars Are Scattered by Victoria Jamieson and Omar Mohamed

July 04, 2020
For MMGM and #IMWAYR, I am recommending the graphic memoir When Stars Are Scattered by Victoria Jamieson and Omar Mohamed. 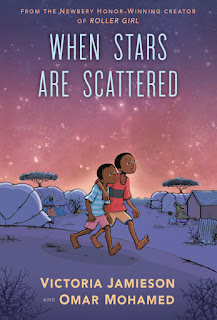