July 18, 2020
Before we get started, I want to mention that the winner of my giveaway of Faith: Taking Flight by Julie Murphy is...
Sam!
Congratulations! Thanks to everyone who entered! Now, for MMGM and #IMWAYR, I am recommending Zenobia July by Lisa Bunker. 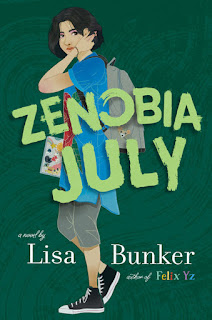