Another wonderful week of MMGM and #IMWAYR (also known as the only reason I like Mondays)! In my continuing quest to battle back the recent transphobia of She-Who-Must-Not-Be-Named, I am excited to be recommending the graphic novel The Deep & Dark Blue by Niki Smith! (Which I know is published by the very publisher peddling Rowling's repugnant transphobia, but I'm not punishing Smith or this book for that.) 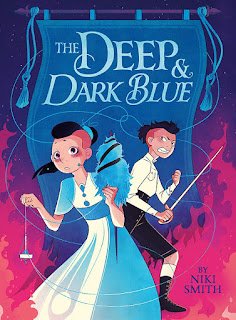