May 02, 2021
First of all, if you have a blog on Blogger and have no clue what to do about the FeedBurner email subscription mess, good news—I made a video tutorial on how to move your subscribers over to my service of choice, Mailchimp! Click here to watch it—I hope it is helpful!
I hope everyone is doing all right today! Summer is coming in just a few weeks, so I will have way more time to read books and write reviews. I do have some frantic weeks to get through before that, but I have somehow managed to get two different non-graphic-novel books into my reading schedule! One will be the subject next week's review, and the other is what I'll be reviewing today: the novel in verse Starfish by Lisa Fipps. 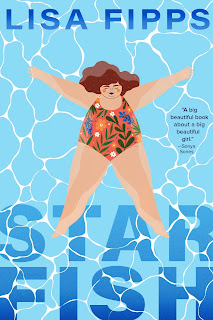 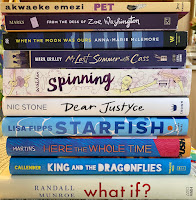